Violin plots are similar to box plots and histograms in that they also show us the probability density of the data at different values. As compared to the box plot it only shows a summary of the statistics such as the mean/median and interquartile ranges but the violin plot shows the full distribution of the data.

Violin Plot also includes a maker for the median of the data and also a box indicating the interquartile range, as in box plots.

Sometimes these violin plots can be used to represent the comparison of a variable distribution across different categories.

Violin plots use Kernel density estimation (KDE) to compute an empirical distribution of the sample. This computation is controlled by several parameters.

Violin plots are more informative as it shows the full distribution of the data.

It returns a dictionary that has the mapping of each and every component of the violin plot to a list of the respective collection instances.

The dictionary contains the following keys: 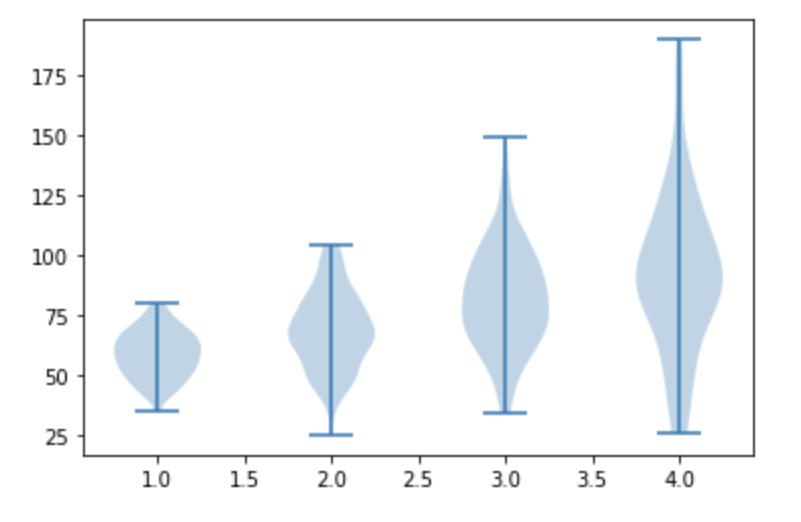 Submitted by devanshi.srivastava on December 3, 2021