It is a subplot grid that is used for plotting the pairwise relationships in datasets. In comparison to pairplot it is more flexible.

Pairgrid maps each variable in a dataset on a column and row which is a grid of multiple axes. Then there are different types of axes-level plotting functions which are used for drawing the bivariate plot in the upper and lower triangle and the marginal distribution of each variable are on the diagonals.

Here we can also use the hue parameter to represent an additional level of conditions which plots different subplots with different colors.

PairGrid has many arguments that can be used for inputs some of them are described below:

Now we will create a simple pairgrid 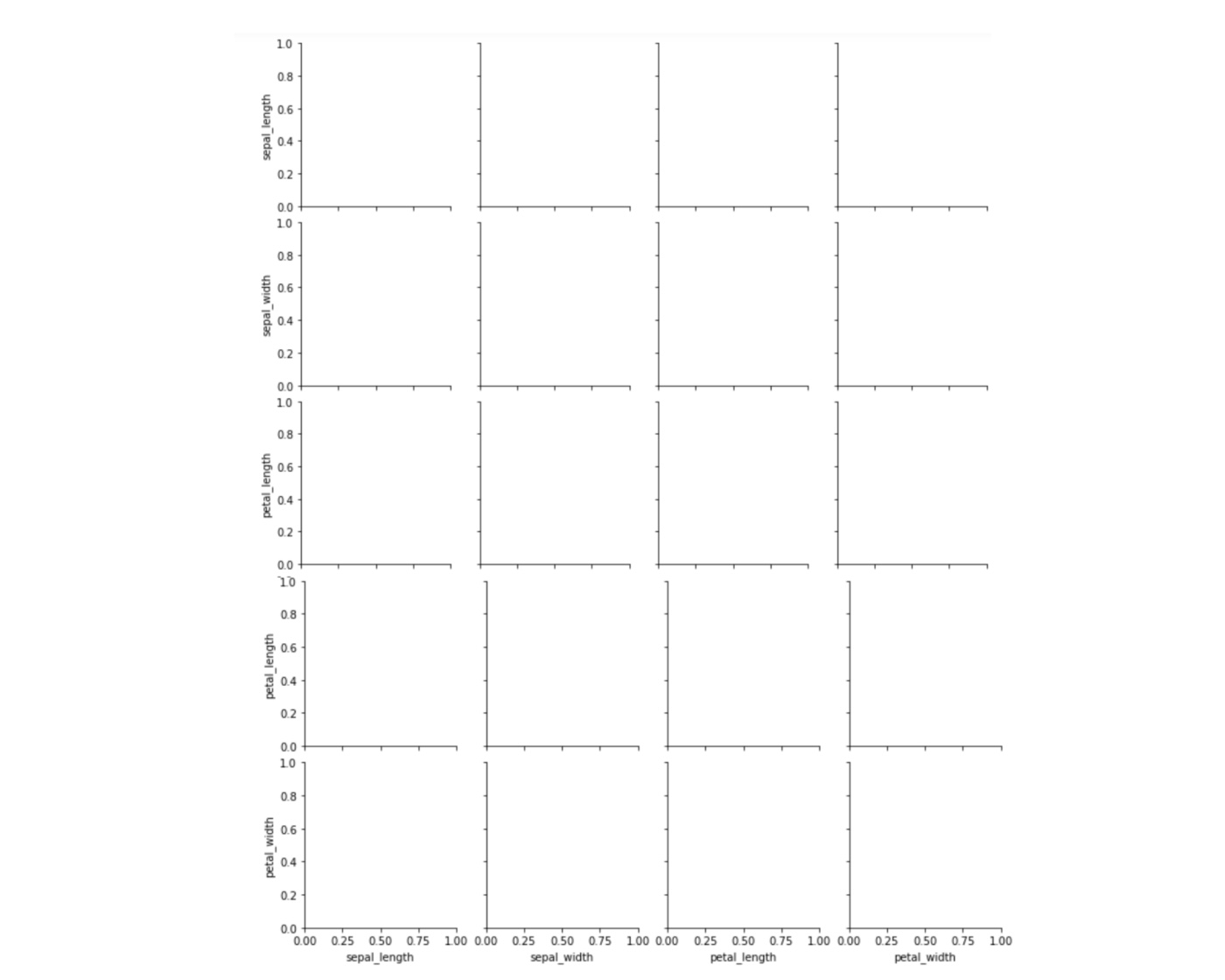 Here, In output we can see empty grids this is what pairgrid function does. It simply returns an empty set of grids for all the features in the dataset.

Now,  we will call map function on the object returned by the pairgrid function and pass it the type of plot that we want to draw on the grids.

From the above output we can observe scatter plots for all the combinations of numeric columns in the "iris" dataset.

Submitted by devanshi.srivastava on March 3, 2021