Quick Introduction: How to Convert XML to JSON? 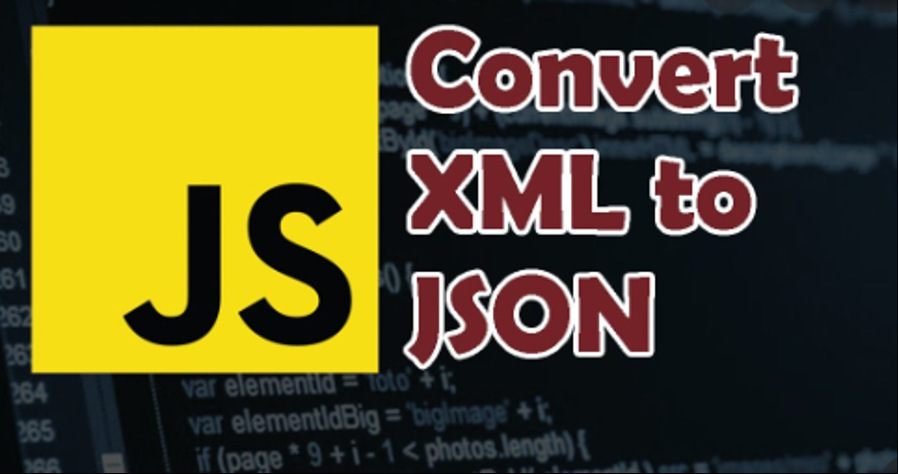 XML and JSON are file formats that are used in a variety of computer systems for the purposes of storing and transporting data.

As they are both used for the same purpose, it’s natural that some people may prefer one over the other.

Applications and systems today, are not developed by one small team from start to finish. Instead, they are developed by a number of teams that work on different parts of the system.

These parts then come together to form the whole thing. Ideally, the entire system should use only either XML or JSON. However, when there are so many different types of people working on different parts, differences arise. These differences are due to personal preference or the fact that some people are better at one thing than another.

So, in such a fragmented system, some people might have made their data transport protocols use JSON, while others might have used XML. In any place where two components have to interface with each other and they have different file formats, a conversion would need to happen. That’s where XML to JSON converters come in.

XML stands for “Extensible Markup Language”. It is essentially a file format that contains data that is understandable by both humans and computers.  It is used to store data and then carry it.

It was mainly designed to be used on the internet. It is commonly used to represent data structures that are utilized in web services.

There are many document formats based on XML that are used today for storing different types of data such as vector graphics, spreadsheets, etc. It is also used as the base language in communication protocols such as XMPP (Extensible Messaging and Presence Protocol).

With so many uses of XML, it is no wonder it is so widely adopted everywhere. XML is software and hardware independent. A basic example of XML is given below:

As you can see it is just some tags that are containing some data. XML itself does not do anything. Rather, it just stores data. The output of the above code is:

To: Tove
From: Jani
Reminder
Don’t forget me this weekend!

JSON stands for JavaScript Object Notation. It is also a file format that is used for data interchanging just like XML. Unlike XML however which has no defined tags and it is up to the author to define them, JSON has some fixed rules.

The data in JSON is always in “Name, Value” pairs. The data is separated using commas.

The JSON notation is derived from JavaScript, but that doesn’t mean only JavaScript can use JSON. In fact, any programming language can parse JSON by writing code for that purpose.

JSON is usually used for the same purposes as XML, but it is mainly used in web applications and servers so that they can exchange data with each other.

This is an array called “Employees” and it holds the first and last names of three people. There is no ‘output’ per se because this format is easily understood by computers and humans. It is used as it is.

How to Convert XML to JSON

Converting XML to JSON can be an easy or hard task depending on your approach. If you wish to manually convert them, then you would need to watch a tutorial on how to write code that can convert XML to JSON. Since XML and JSON are language-independent, there are many tutorials using different languages such as Java, Python, etc. that show how to do the conversion.

1. XML to JSON by Utilities-online

Utilities-Online.info is an online toolkit that has several tools useful for programmers. One of these tools is the XML to JSON converter.

It is very easy to use and there are no complicated procedures involved. All you need to do is to paste or upload your XML file in the input section and click the “XML to JSON” button. There is another option to provide a URL of the XML file from an online source and this tool will automatically retrieve it and convert it to JSON.

The XML will be converted to JSON. JSON will be shown in the output field and the results can be downloaded or copied.

You can also do the opposite and convert a JSON to XML if you wish to do so.

The tool is free to use and you don’t need to register or provide your credit card information.

This is an online library of tools that you can use to perform various types of XML-related operations such as XML to JSON, XML to CSV, and many more.

Just like other tools of this nature, it is very easy to use. You just need to paste, type or upload your XML file to the tool.  The output is shown automatically as soon as you provide the XML, there is no need to confirm your decision with a button press.

The JSON provided by this tool is very well structured and looks good. You can save the output as a file or just copy it directly.

It works fast. There are no ads and you don’t need to pay anything to use it, nor does it require an account.

Then we looked at some tools which can convert XML to JSON and vice versa. These tools had various advantages and were useful for beginners.

You can start with using tools, and later when you are comfortable enough you can try your own hand at converting XML to JSON using code.

Related Content
Expo vs Vanilla React Native: What to Choose for Your Project?
HTML Programming for Beginners: 6 Tips to Get Started
How is cloud computing an opportunity to grow for small businesses?
Tags
Software Development
Blog