You can understand How Cucumber works by looking at its Testing Stack.

Cucumber Testing Stack allows for visualization of the hierarchy of your project, starting from features down to automation libraries and systems. This diagram of the Cucumber Stack gives you a much clearer view of the structure of the Cucumber tests 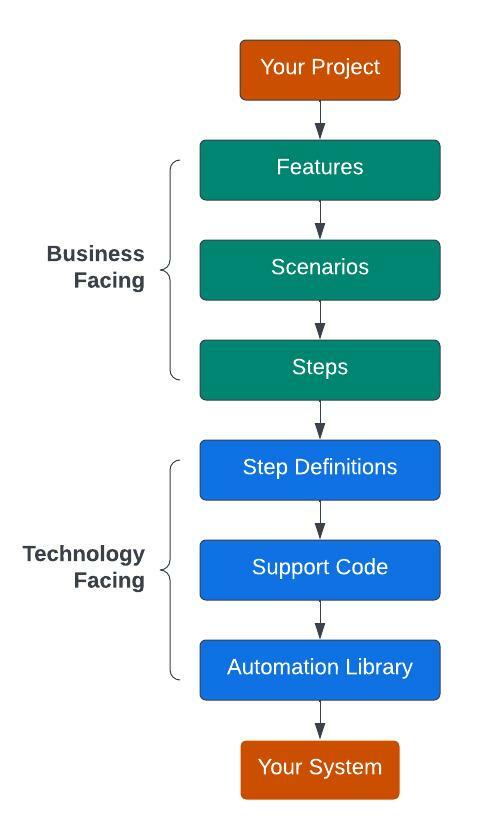 This Testing Stack can be divided into two major categories:

How Cucumber Works - Step By Step