The demand for Python is at its peak, right. This is because of the following main features of Python:-

1) Easy and Understandable: Python consists of shortcodes that are simple to understand. This is the most significant feature of the Python programming language.

2) Portable Language: Python is also known as a portable programming language. For instance, the code of Python has been drafted in the windows operating system. However, it has the feature that we execute the same code in another platform such as Linux, Mac etc. Hence it is said that Python is platform-independent.

3) Huge set of Library: This feature is what made Python different from other programming languages. Python has a large number of predefined sets of libraries. So, we don't need to write code again and again. Hence, this help to save a lot of time.

4) Open-source: Python is an open-source programming language which means anyone who desires to start with Python can do it by straight downloading its version. The versions of python can be downloaded from its main website without paying a single penny. 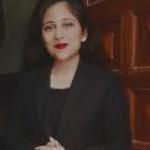